UPDATE OCTOBER 2014: jQuery UI was recently updated and the dialogs finally position correctly at the center of the screen! Don't specify any position for your dialog and it'll in the right place by default. Glad they got that sorted out!

[This post is now obsolete]
I have been having issues positioning jQuery UI dialogs for a long time.
What I expect from a modal dialog is simple: 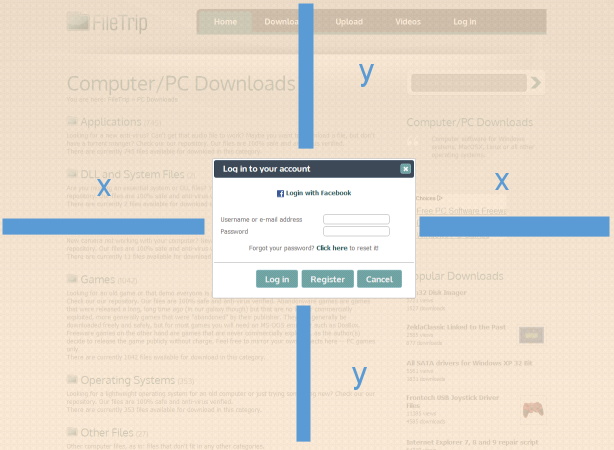 Simple requirements you say; though for some reason I haven't been able to achieve this with basic jQuery UI functions. I would *always* have at least one of the following issues, even after trying a good number of fixes recommended online:


After spending hours trying to figure out what was wrong with my code, I have finally been able to solve my problem in what seems to be a permanent way. I have been able to successfully achieve the desired effect: keep my modal dialog centered on the screen, without scrolling the page at all.

The solution I have found is to use a jQuery plugin called jQuery center by Andreas Lagerkvist. However you need to know a few things before you can use it.

Step 1: include the script into your page:
It is of course better to download the script and host it locally, but if you just want to give this a try, a direct link shouldn't hurt.

Step 3: at the end of your page, invoke the code for centering your dialog:
Publié par Clément Nedelcu à 13:42 4 comments: